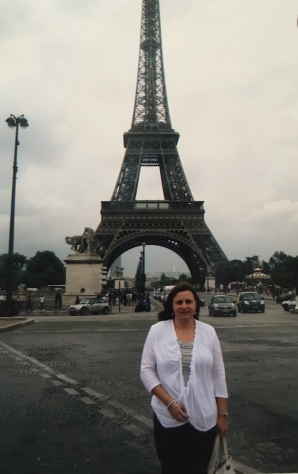 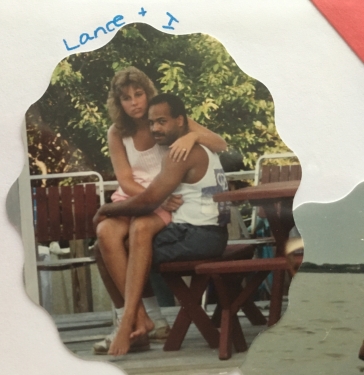 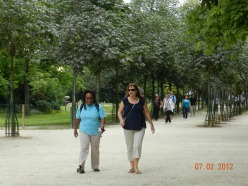 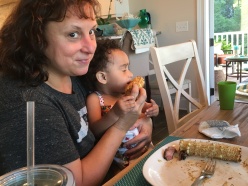 So, 37 years ago … when it all started for Lynn and I … to me she was just this beautiful girl that I couldn’t get out of my head or heart. But as I reflect back on it all … I recognize she became more than just “that girl” I was crazy about … she truly became one of my heroes.

When I was pursuing Lynn as a 17 yr old boy, I remember this really sweet, humble, pretty girl with a captivating personality … that just cast a spell on me. Oh yeah … and she did have the nicest legs in our class (to me the school, state, country … shoot the entire planet :)). But seriously, my attraction for her just snuck up out of nowhere … I was hit fast and hard. We had known each other since middle school but really only became close friends as juniors in high school. And ever since that “first kiss” at Sully’s party … I was hooked. I won’t go into details here about how we ended up together but suffice to say it was quite a journey … but in the end I married the girl that I fell head over heels for as a 17 yr old boy.

Fast-forward seven years, there I am a guy in his mid-20’s marrying his high school sweetheart … literally my prayers had been answered. She was just this normal, beautiful woman, inside an out. Fast-forward another 4 years and Lynn and I have our first child, Brendon.  We were so happy and blessed to bring this healthy bundle of joy into this world. And then 4.5 years later we have another child, Ryan, and we feel just as blessed and happy. From time Ryan entered the world … we enjoyed another 20 years together as a family … navigating ups and downs like every family does … but 20 years where the joy and good times far outweighed the difficult times.

Now look I’ve left out a lot of details on the 36 years that transpired between that first kiss Lynn and I shared and when we lost her. But I want to step back and try to convey why so many of us have so much love, admiration and respect, for this incredible woman. First, Lynn was courageous and strong. At a time when interracial marriages weren’t so widely accepted as they are today and after wrestling for years with the pressure put upon her because our relationship … she yielded to her heart and committed to her high school sweetheart. And although, I feel there will forever be a hole in my heart, I wouldn’t trade the 36 years that I had her in my life for anything. Lynn also demonstrated incredible strength … just consider the fact that even after enduring 10 surgical procedures on her back to deal with herniated discs … she kept “getting up” to support her family, friends, and outright strangers. She was also emotionally and mentally strong … the one that so many family and friends would confide their problems too.

Lynn was loving and giving. She was an incredible, devoted wife and mom. She loved her boys with all her heart. Lynn was an incredible spouse … I was so proud of the partnership we had and the love and respect we shared for each other. And as I’ve said before she was also, just to name a few, an incredible … daughter, sister, sister-in-law; daughter-in-law and friend to so many. She graciously gave her time and her talent to support family, friends and strangers. Just a month before her passing, Lynn intervened and changed the direction of the treatment my sister was getting for her breast cancer … and now my sister is doing amazingly well.  A day or so before we lost her, she took time from her vacation in the Grand Cayman’s to respond to friends and family about their medical and family issues.

Courageous, strong, giving, loving … everything you could ever ask for in a hero. And there are so many more stories of her exemplifying these qualities that I could share … but I hope that gives you a sense of the type of person she was and why she was so important to so many. But why else am I telling you all of this … because it’s important and it matters …

In wrapping this up … let me share with you something I posted the Monday after Mother’s Day on Facebook. It’s centered around one of my favorite David Bowie songs, “Heroes”. I hope it resonates with you.

Mother’s Day marked another first … just a strange, tough day as you can imagine. In the afternoon … I went down to the dock to work on a problem with my boat lift. As I got closer and looking out on the intracoastal … I got a quick glimpse of a lone dolphin swimming right by my boat. It made my day. Reason being … when Lynn and I would be cruising on the boat … we just loved seeing the dolphins … it made for an extra special day when you’d see them. They talk about red cardinals being a spiritual sign … I think it’s dolphins for me.

On a related note (you’ll see) … I’ve always been a Bowie fan … and lately his song “Heroes” has been resonating with me. As I examine the lyrics of the song, there’s so much of it that I can relate to the time Lynn and I had together. I’ve put a few of the verses with some editorial comments below. Look out for my next blog post … I’ll go deeper.

Oh, one final point … the pics with the exception of the dolphin video were from Mother’s Day weekend 2017 … 5/12-5/15. We had an incredible visit with my lovely niece Amaris and her awesome family … husband, Jerry, and kids … Esme and Raya. It was special visit that I’ll cherish for the rest of my life.

I, I wish you could swim
Like the dolphins, like dolphins can swim [Lynn could swim like a dolphin … hope to keep up with her someday]
Though nothing, nothing will keep us together
We can beat them, for ever and ever …”

P.S. I was out on the water on Sunday afternoon of this past Memorial Day weekend and saw schools of dolphins … made for an extra special day!