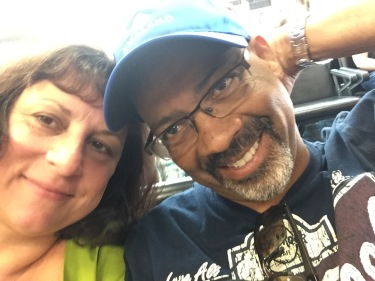 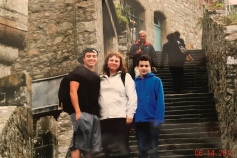 Our ever changing view from house in Wilmington

I’m not telling you anything you don’t know when I say losing a loved one is such a difficult thing to deal with. But losing a loved one to suicide takes the grieving process to a whole other level. And the effects from suicide can be devastating to a family … with destructive powers that rip it apart at the seams.

I think back to when my Mom died in 1994 of cancer … it was obviously a huge blow to our family. She was an incredible woman and truly at the center of our family … not to mention she was young, just 59, when we lost her. The grief associated with the loss of my Mom affected all of those who loved her in different ways. I witnessed cases where it pulled some of us closer together and others where it pushed us further apart. To me it didn’t make sense that Mom’s loss would create distance between those of us left behind. I just thought we would naturally come together … but that wasn’t always the case. And what I came to realize is that grief can affect individuals very differently.  Now, with Mom’s death… the enemy, the “bully” was obvious … it was cancer. So, you clearly had “something” to blame … cancer did this. As a result, you don’t struggle so much with the “how or why did this happen”. It wasn’t anybody’s fault … the cancer just overtook her as it does so many. But in losing a loved one to suicide it’s so much more complicated because the “how or why did this happen” isn’t so obvious.

And because the “how or why” isn’t so obvious … those left behind, the survivors, search for a logical explanation. And in Lynn’s case why wouldn’t we … she was doing so well and seemed really happy; she had everything to live for; she was so loved and so needed. So it’s a natural instinct to think that something terrible had to have happened to drive her to do something so drastic. We search for some rational explanation … cause and effect … that will allow us to wrap our heads around the unthinkable … we try to rationalize the irrational.  Unfortunately, there’s a tremendous amount of ignorance surrounding depression and suicide.  Research indicates that “90% of all people who die by suicide have a diagnosable psychiatric disorder at the time of their death (most often depression or bipolar disorder)”. But I guess it’s still difficult to blame something you can’t “see”, something that just doesn’t “add up”. After all, she was happy, loved, needed … what happened?

I made a decision, literally within hours of discovering my gorgeous bride’s lifeless body on that morning in June of last year, that I was going to be open and transparent about this tragedy. I was going to take it head on versus withdrawing as we see so often in our society when someone is lost to suicide. I made this personal decision because I thought it was really the only way that I could honor my wife’s memory and bring more awareness to the devastating effects of depression and to the stigma associated with suicide. In my last blog post I talked about “signs”.  I talked about how with Lynn’s death … I was caught totally off guard … I didn’t see any signs. As I continue to read and learn more about suicide and depression … I’m amazed by the numerous stories and examples I come across in which other survivors indicate the same thing … they didn’t see it coming.  Also in that last piece, I talked about my feelings of guilt. I do feel a tremendous amount of guilt in that what ultimately was her greatest time of need, as a husband, I didn’t recognize the distress she was under; that I wasn’t able to “save” this beautiful woman; that my sons lost their mother; that her parents lost their precious daughter; that our extended family lost such an important member; that so many others lost a true friend. Yeah, I feel guilt … how could I’ve missed it; I should’ve done more.

As you can see, losing someone you love so much to suicide torments the mind and can have destructive effects on families … pulling families apart at a time when they should be doing just the opposite. I’ve mentioned before there’s not a day that goes by that I don’t say to myself or scream in my empty house … “WTF, how could this have happened to us”. It’s so difficult for me to fathom how we could’ve went from such a good “place” in our life together to dealing with an absolute tragedy in what seemed like an instant. So I try not to dwell on that and I try to focus on what I know.  And as I said to folks in attendance at Lynn’s services in Wilmington, Waterford, and Houston … there’s so many questions that in this world we’ll frankly never have answers to. But there are some things that I do know and allow me to accept things for what they are …

So here’s my message to “us” survivors out there. Losing a loved one to suicide is tough enough and it’s natural that for many of us we feel a sense of guilt, e.g. how could we have done more to prevent this from happening. But it serves no useful purpose to assign blame to anyone.  Remember in the vast majority of suicides there’s some underlying diagnosable mental disorder present at the time of their death. So let’s put the “blame” where it belongs … on the mental illness … and let’s focus our energy and efforts on combatting it. Last August 19th, I posted an article titled “Let’s Talk About Depression … with Someone Who Really Knows”. In that post I featured the remark’s that my oldest son, Brendon, made at Lynn’s service in Wilmington, if you haven’t had a chance to read that post I encourage you to do so. Brendon’s words were so powerful and insightful. There were so many things he said that night that stood out for me but I want to highlight one, where he said … “My Mother didn’t take her own life … it was taken from her, by a disease that leaves you helpless to our own emotions and insecurities. It’s something that makes us honestly believe that we have no choice.”. Knowing Lynn, knowing the life she had … I believe this to my core. Yet I know for many survivors of suicide its hard to deal with the absence of a logical, rational answer to the questions of “ how or why”. But in the end we have to come to grips with the idea that it’s nobody’s fault … not the victim nor any of the survivors.

8 thoughts on “It’s Nobody’s Fault … Yet So Destructive”